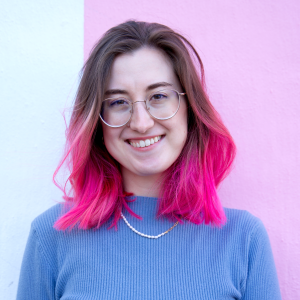 How I’m studying for JLPT N3

こんにちは！
I’m taking the JLPT N3 this December. I’ve never taken a JLPT test before, and I’m not sure if my level is near N3, but I have enough time until then to formulate and stick to a good study plan.

The Japanese novels I have are limited, but I’m going to make use of the few I have in conjunction with online sources.

offline
The first book I’m using is Read Real Japanese (Essays). There is also a version with stories, but I prefer nonfiction. The Japanese page is on one side and the English translation of that page is on the other side. At the back of the book is a dictionary with the words that appear in the book. This book isn’t specifically aimed at any JLPT level, but I appreciate the detail that the notes go into and I love learning words from a variety of sources.

I am also using official JLPT N3 practice books and do the reading tests from them. Reading is challenging to me just because of how much content there is to get through in a limited amount of time. Here’s an example of what an official reading test looks like. I’m a very hands-on learner and like to write, so after I’ve read the piece, I like to write it down.

reading before bed
I like to read for an hour or so before I sleep. Usually I read books in English. I have quite a few novels and nonfiction books from Japan, so I think now is the perfect time to push myself to read them. I’ll read with a highlighter and highlight the words I don’t know, and look them up in the morning. Currently, I’m reading 考え方のコツ.

online
JapaneseTest4You has lots of JLPT activities catered for different levels. I’ll be making use of their N3 Reading practice tests to make sure my level is on par with the standard. I’ve noticed I read rather slowly out loud (much faster in my head), but I’m concerned about my reading speed for the test. It’s important to read fast but retain information so that you’re able to answer the comprehension questions about the section. I need to learn to read faster and more accurately!

online & offline
Every time I encounter a word I don’t know, I’ll write it down and make sure I know the correct stroke order. I’ll transfer it into my N3 vocabulary book and review it often. I don’t like flashcards, so I’ll stick to vocab lists on paper. It’s key to remember not to memorize single words. The best way to get Kanji in your memory is to learn it in the context of a sentence. For that reason, I prefer writing longer sentences down than single words when I’m learning new Kanji.

For me, the best way to learn Kanji is to learn it in the context of words and sentences rather than single characters. For this, I like to use jisho.org to look up a character and then see the example words for it. You can see how I use Jisho to practice Kanji in this video:

Then since I love example sentences, after learning the Kanji I will go on either tangorin or weblio and look for sentences that are at my level and one or two above my level. While doing that I’ll often encounter a new vocab word or kanji and then kind of do the same process for that word.

online
One of the best websites I’ve found for Kanji is renshuu.org. I need to make a conscious effort to use it more, though! Renshuu has quizzes, games and goals you can set for your Kanji learning. You can select which level (JLPT or Kanji Kentei) you want to review.

textbook
I am using the textbook called Kanji Isn’t That Hard! which I checked out at the library at my local Japanese Embassy. I can see the book is for beginners as it uses pictures to illustrate how the Kanji is built up, but what I like about it is that it explains the build of the Kanji in both Japanese and English. So just by reading the explanation of the character, I also learn new words. In my Kanji notebook, I write down the character, it’s stroke order, and the kun/on-yomi. I practice writing the character over and over until I don’t have to think about which stroke comes first or last. It should be a natural hand movement without too much thinking. Sometimes this means writing it 5 times, sometimes 50. I make sure to say the pronunciation of the Kanji while I’m writing it.

For other vocabulary acquisition, and since I like to learn through conversations and context, I’m using Japanese For Busy People III. It’s not specifically catered to JLPT N3, and it’s actually a bit easier than N3 would be, I think, but it’s great for a holistic approach to Japanese learning. Each chapter has a main conversation, and then it goes over grammar points with lots of practice exercises. At the end of each chapter is a Kanji section.

1. I’ll be using the app Goodnight to practice Japanese, although it’s mainly used by Taiwanese people. Some Taiwanese people on the app speak Japanese too. I found a good friend who lives in Japan and though he’s Taiwanese, he’s on N1 level. We speak Japanese together. Talking to someone on N1 level is great because they’ll use different vocabulary than someone on my own level would.

2. I might also use the app Saito-san to broadcast in Japanese. You can have a little broadcast room and viewers can join while you speak about various topics. I did this a few years ago and you can see my video of it here.

4. Changing my phone, apps and laptop settings
I changed Spotify, Facebook and Instagram to be in Japanese, and I also set my phone language to Japanese. I have a separate Twitter account for tweeting in Japanese and following Japanese accounts too. Finally, I’ve gone as far as labelling all the folders on my laptop in Japanese. This won’t guarantee me passing JLPT N3 of course, but just seeing Japanese and seeing Kanji every day helps remind me what my goals are.

5. My daily planner and shopping lists
My planner notes are all in Japanese, and I often write my shopping lists in Japanese too. This helps me use Kanji I wouldn’t normally write out, and also helps me learn new words when I need to explain something in Japanese.

☆ I don’t have a daily plan

Because I have a fulltime job, and I tutor languages after work, I don’t have enough energy or time to dedicate a specific amount of time to JLPT study each day. In fact, if I tell myself to learn 10 words a day and finish one lesson from a book a week, I’m going to stress myself out a lot more. I prefer a more haphazard approach, studying when I feel up for it, and then giving it my all. Of course, consistency is key, so it’s important that I do something in Japanese each day (like listening to a podcast at work) instead of ignoring the language until I feel like it.

How to study Korean grammar: my method and schedule

Studying grammar shouldn’t be tricky. Step 1: Get a textbook and note down the grammar structures Step 2: Categorize and color-code the grammar On the

How I take notes (cram) for JLPT N3

So it’s only a few days before the big test, everyone! I made a video yesterday about how I take notes and pretty much cram